The Selah curriculum integrates personal transformation, organizational optimization, and collaboration skills within a Jewish framework. For Jews of Color seeking to explore professional and personal development skills through the lens of both Jewish identity and racial identity, this curriculum will offer:

A Selah cohort includes about 20 leaders who participate in all trainings together over a six-month period, forming a learning community. Through training together, each cohort’s members develop a common skill set and a sense of accountability and mutual support. Members foster an aligned vision for leadership development and build the trust necessary for risk-taking and innovative collaboration. Selah cohort members gain skills in personal mastery, organizational effectiveness, and collaboration in the field. Cohorts can be regional, national or constituency-based. Bend the Arc’s Selah Leadership Program is highly selective. Because each cohort is unique, we encourage those who are not accepted for a cohort to reapply.

Selah works with Jewish leaders working at or playing a significant volunteer leadership role in Jewish and non-Jewish organizations that are engaged in systemic social change — work that challenges existing power relationships to produce long-term, sustainable solutions to social and economic justice issues. Participants who have been accepted to Selah in the past come from Jewish and non-Jewish organizations that work on systemic change from a variety of different approaches including community organizing, direct action, advocacy, education, social change philanthropy, and arts and culture. Individuals and organizations whose work is primarily the provision of social services are not eligible unless they or their organizations are also engaged in wider policy change, organizing, or systemic change efforts.

Participants in Selah come from a diverse range of Jewish knowledge, background and experience. Some participants have little to no knowledge of Judaism, practices or ritual, others come with rabbinical degrees. Some identify as secular Jews, some as cultural Jews, others as religious Jews. What unites Selah participants is their shared interest in exploring the connections between their work for justice, leadership and Judaism. This range and representation of Jewish leadership creates a more expansive picture of what leadership means, where it happens, and who qualifies as a Jewish social justice leader.

As a national organization that exists to reinvigorate the Jewish community's commitment to working across racial, class, and gender lines toward a more just, fair, and compassionate America, it is our moral responsibility to hold these spaces and facilitate ways for all Jews to build meaningful relationships and find repair with one another over time. Bend the Arc believes that reflective leadership is paramount in building a more diverse, inclusive, and welcoming Jewish community on several levels: one that allows people to bring their full selves and identities, and one that truly reflects the ever-changing face of the Jewish population at large. It is for this main reason that we have chosen to dedicate four Selah cohorts to training Jewish Leaders of Color.

In 2015, Selah launched its first cohort for Jewish Leaders of Color, Selah Cohort 14. Primarily led and informed by people of color, Selah Cohort 17 will not only be a unique and powerful space for the participants, but aims to contribute to the wider anti-racist efforts in the country, including the Jewish social justice sector. Part of the purpose of this project is to create a safe, healing space where Jewish Leaders of Color can build deep, interdependent relationships with each other to advance and support each other in their leadership inside and outside the Jewish community. The program curriculum is informed by the shared experiences and needs of Jewish Leaders of Color. It is intentional in acknowledging this and forging a space where those experiences can be honored, and needs can be met. This cohort is open to self-identified Jewish Leaders of Color, which could include Sephardic and Mizrahi Jews.

While Cohort 17 is an entire virtual cohort, the costs support the consultants and materials that make this cohort possible. Therefore, the cost for Selah Leadership Program is $6,000 per participant. Thanks to the generosity of our supporters and funders including the Angell Foundation, Jim Joseph Foundation, and the Grossberg Abrams Foundation, we are able to offer Selah on a sliding scale of $500 - $1,300 based on your organization's or individual budget.

With the support of generous donors, and in loving memory of Nancy Schwartz Sternoff z”l (Cohort 4 alumna), we are also pleased to announce the establishment of the Nancy Schwartz Sternoff Fund for Women Changemakers. In keeping with Nancy’s stalwart support for Jewish women’s leadership, the Fund was established to ensure that self-identified women can access the transformative experience of Selah by removing financial barriers to participation, including travel, lodging, and other related expenses. Further information about the fund, including application guidelines, will be shared with participants in future cohorts as well as with the Selah Network.

In addition to the online application, a 20 minute interview will be included as part of the application process conducted by either the Selah Manager or by a member of the Selection Committee.

Applicants are notified of their acceptance status: Friday April 16, 2021

Due to the intensive nature of the training and Selah's focus on building a cohesive learning community, participants must be able to attend all virtual trainings in full — both opening and closing virtrual trainings as well as montlhy webinars. In addition, cohort members complete monthly homework assignments and meet with their Chavruta (study partner). In total, the average time commitment per month is between 3 to 4 hours.

These are the training dates for Selah Cohort 17:

Applicants should save these dates, as attendance in all sessions is required for the program.

The name “Selah”, which means “rock” in Hebrew, was inspired in part by our collaboration with the Rockwood Leadership Institute. In Hebrew prayer and song, including the Psalms, the term Selah is often used at the break of a passage as a call to the reader to “stop and listen” before moving to the next passage. Selah believes that leadership requires the ability to “stop and listen” to cultivate the ability to reflect on our work, our skills, and our mission, vision, and values. Being an effective leader requires inner awareness and self-management as well as skillful engagement with the outside world. Selah teaches Jewish social justice leaders how to cultivate the internal power and presence necessary to change external systems. We believe both are necessary for social transformation.

Upon completion of the six-month training program, Selah participants become members of the Selah Network. While Cohorts, 14, 15, 16, and 17 are dedicated to Jewish Leaders of Color, the intention of our Selah Network is one of multiracial Jewish community. The Selah Network consists of over 300 members and is a place to foster relationships, strategize, learn from one another, and find the support leaders need for their work over the course of their careers. Every few years, the entire network is invited for multi-day training to re-engage with Selah practices and learn with Selahniks from different cohorts. In addition, there is an intention to create opportunities for regional gatherings for the Network that will provide relationship building beyond the cohort and network gatherings. Since and during our current pandemic, there have been virtual engagement opportunities for the Network.

Bend the Arc's Selah Leadership Program is highly selective. Our most recent National Cohort received over 90 applications. Because each cohort is unique, we encourage those who are not accepted for a cohort to reapply.

The Selah Leadership Program is led by a team of Bend the Arc staff and trainers. We are still finalizing our facilitation team for Selah 17. Our core trainers and key staff include: 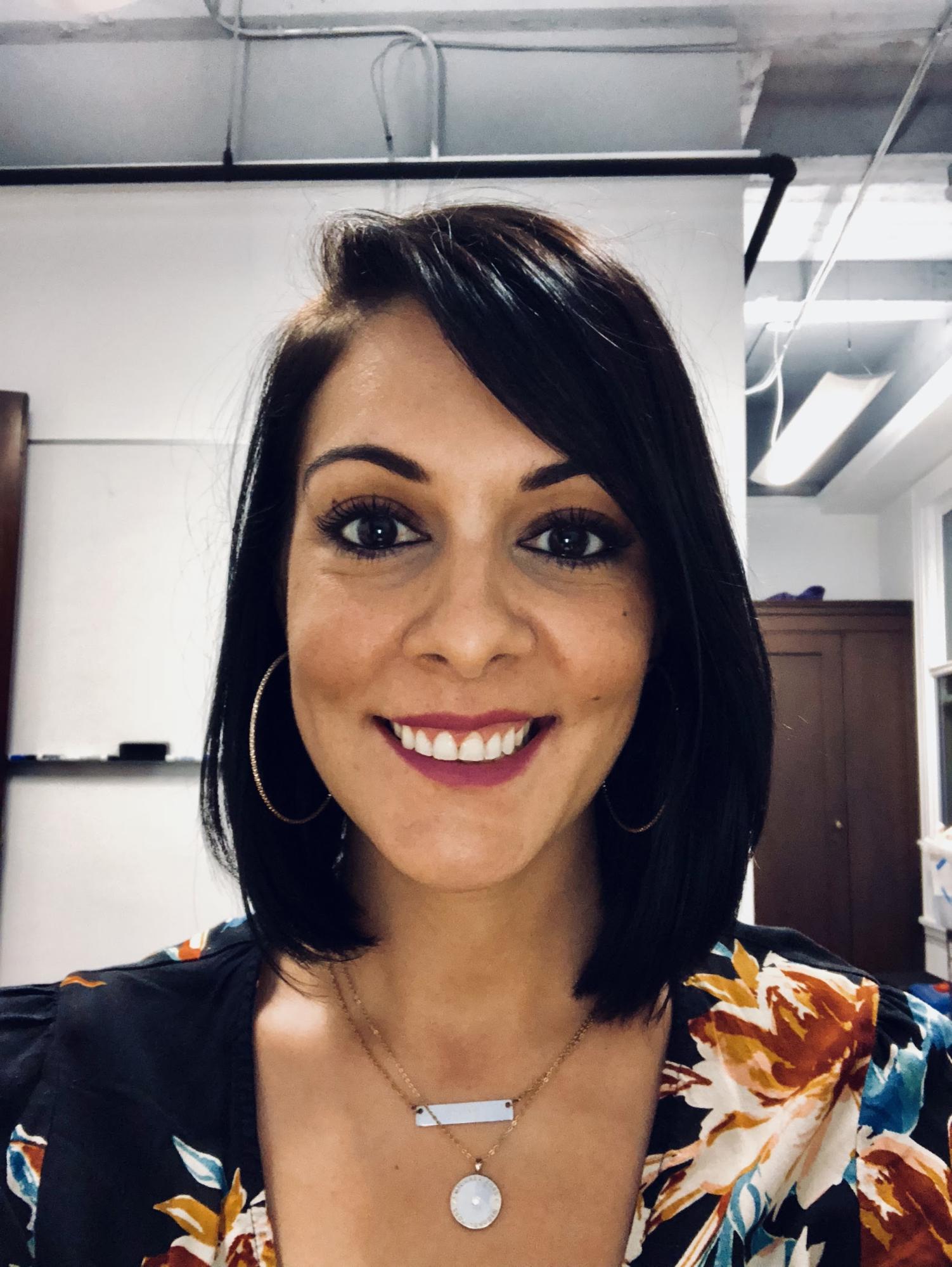 Leili joins our Selah Team after being on staff with Bend the Arc for 3 years as Regional Organizer for the Bay Area. As a Jewish Woman of Color, Leili participated in Selah Cohort 15 and brings her passion and commitment to the leadership of Jews of Color to her role as Selah Program Manager.

Shahanna McKinney-Baldon, M.Ed is Founding Executive Director at Edot Midwest Regional Jewish Diversity and Racial Justice Collaborative. She also holds several appointments at University of Wisconsin-Madison's Wisconsin Center for Education Research (WCER), and is the Co-Founder of Tiyuv, an initiative focused on Jews of Color-led, culturally-responsive evaluation of community racial justice initiatives. A longtime national thought leader on racial and ethnic diversity in the Jewish community, Shahanna has held leadership roles in Jewish organizations and in public education. Shahanna holds a B.S. in Secondary Education, with concentrations in Hebrew and Communications, from University of Wisconsin-Madison; and an M.Ed. in Student Services, with a concentration in Social Justice Education, from University of Massachusetts-Amherst.

Rusia N. Mohiuddin, based in New York, is a master trainer, facilitator, and coach and a strategist who pioneered the integration of somatics into an organizing framework. Her current mission, through Universal Partnership, has been developing a holistic model for social justice change work that places in its center the necessary transformation of social change agents. Rusia brings a unique style to creating pathways for individuals to bring their best selves forward when enacting social change in their organizations & communities.